Wisdom gushing out of him’: A remembrance of Robert E. Cooley

HomeBlogBlogWisdom gushing out of him’: A remembrance of...
July 25, 2022 webmaster 0 Comments 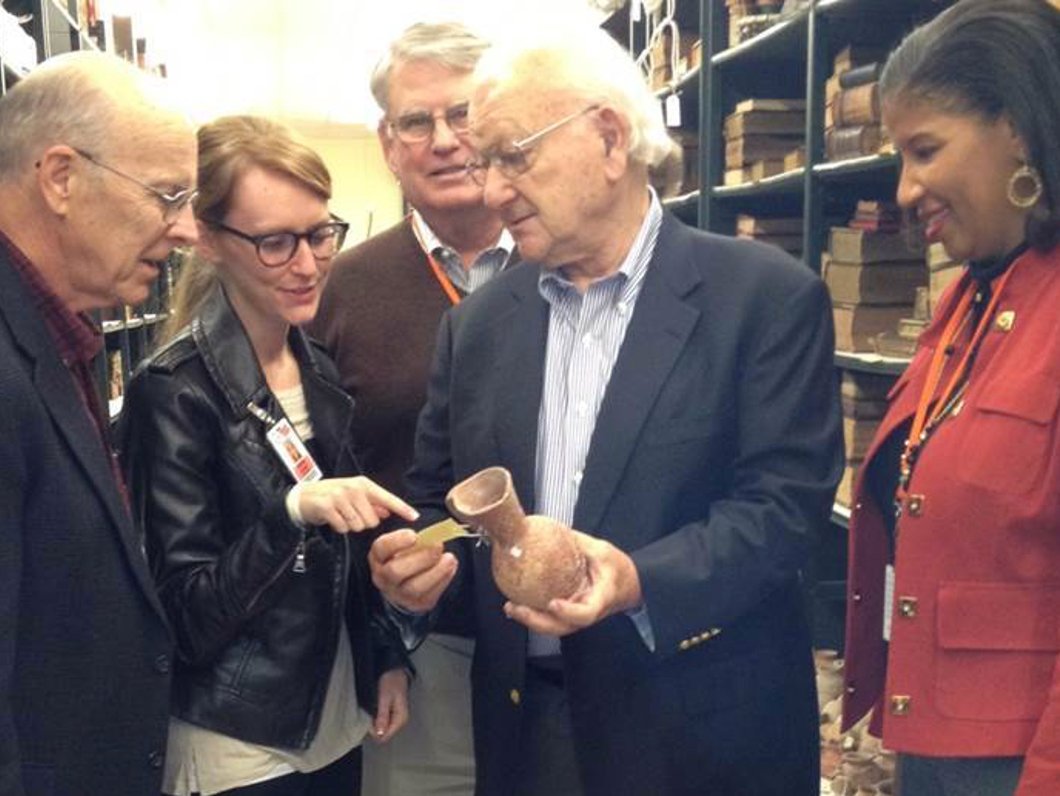 Robert E. Cooley, center right, shows a Dothan vase to Museum of the Bible fellow board members and staff in 2010 in Oklahoma City. Cooley hadn’t seen the vase in over 50 years, but he immediately recognized it and gave the date he discovered it. Photo by Jerry Pattengale

(RNS) — If you met Robert E. Cooley, you remember his arresting handshake. If you sat in a meeting with him, you recall a brilliance that stopped committee chatter or — more improbably — made sudden sense of it. If you worked with him, you remember a measured decisiveness that could pull your organization back to its mission or lead a whole new movement.

Best known for his presidency of the seminary from 1981 to 1997, Cooley spent much of his earlier career at archaeological sites in Israel and Egypt. His most important discoveries were made at Tel Dothan, in the West Bank, where he brought to light the burial rituals of 288 of the ancient city that speak volumes about how they lived. He played a key role in the founding of the Near East Archaeological Society.

His later research of 106 Native American sites while director of the Center for Archaeological Research at Missouri State University became central for the U.S. government’s “cultural resource management studies.”

But it was in higher education that he had his greatest impact on American religious life, much of it after he retired from Gordon-Conwell. He helped Tim Laniak, then-dean of the Charlotte, North Carolina, campus, develop that campus and plant a satellite school in Jacksonville, Florida. “Those who knew Dr. Cooley,” Laniak said on Thursday, “assumed the whole world did.”

In 2008, Cooley helped to reorganize the governance of Oral Roberts University at a time when the school had fallen into debt and was on the brink of closing. Mart Green, a co-owner of the Hobby Lobby stores who brought Cooley in to help rescue the school, recalled, “I first met Bob when he was in his late 70s, and wisdom was gushing out of him.”

The son of an Assemblies of God minister, Cooley was instrumental in the 2011 consolidation of three of the denomination’s schools — Central Bible College (his alma mater), Evangel University and the Assemblies of God Theological Seminary in Springfield, Missouri.

Cooley, a past president of the Association of Theological Schools in the U.S. and Canada, also served as a senior editor for Christianity Today magazine and worked for the World Evangelical Alliance. He served as a founding board member for the Museum of the Bible. 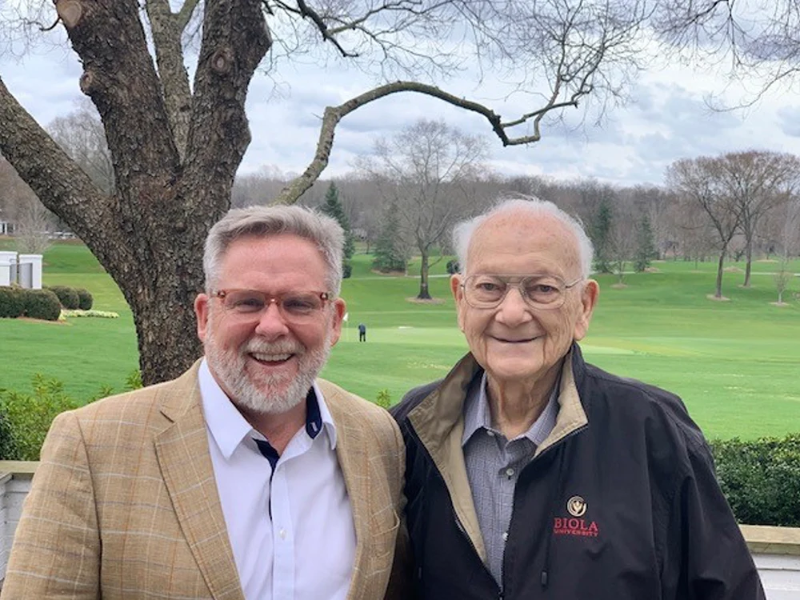 His last lecture, in November 2019, was at the Charlotte campus, where he retired. Titled “Household Archaeology: My Career Is in Ruins,” it was the first he delivered seated, Cooley explained, noting that he was approaching “the 90-yard line of life.”

Cooley was a man of great personal strength and he aged gracefully — at 84 years, he could grab a 100-pound bag of golf clubs in one hand from his trunk, and carry it some distance.

In 2014, he gave a lecture in Springfield, Missouri, at a traveling exhibit of the Museum of the Bible, speaking for more than an hour to a standing room only crowd, no notes in hand, and gave a detailed and memorable talk on archaeology and the Bible. The Q&A was wide-ranging and even more riveting. Afterward, he withstood a long line of people waiting to chat.

Seeing that image of him leaning slightly on the rostrum was a freeze-frame moment. He told me beforehand it was his last special lecture away from home as “my youth is leaving me.”

He lived fully, and purposefully. As he lost the ability to get around and eventually the ability to breathe, he never lost the strength to invest in others, and to live with the belief of heaven. He took pride in not being “the last of the conservatives,” but a mentor to future generations.

Green said the news of Cooley’s passing, and his life at large, brought to mind a verse from the Book of Job: “Is not wisdom found among the aged? Does not long life bring understanding?”

(Jerry Pattengale is the inaugural University Professor at Indiana Wesleyan University and a founding scholar of the Museum of the Bible in Washington, D.C. He is the author most recently of “Inexplicable: How Christianity Spread to the Ends of the Earth” and is co-author of the accompanying TBN docuseries. The views expressed in this commentary do not necessarily reflect those of Religion News Service.)